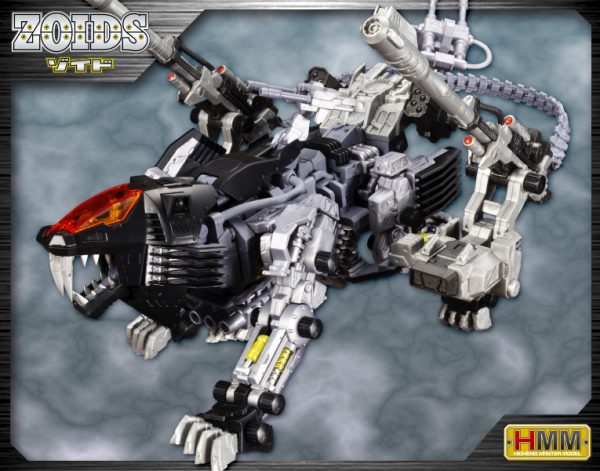 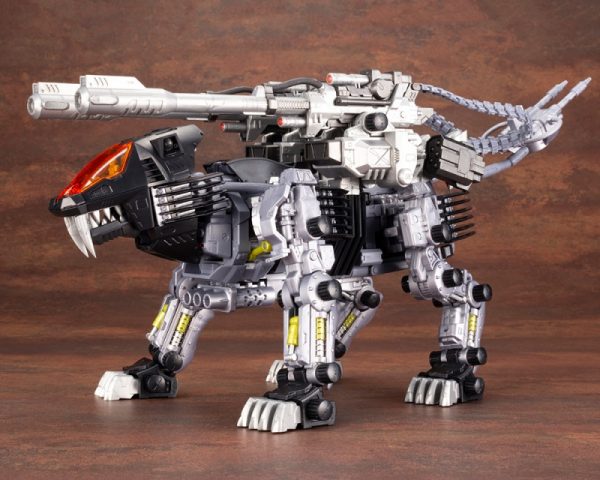 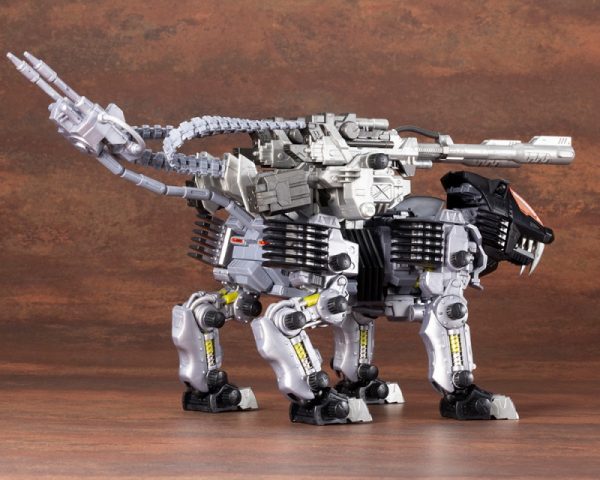 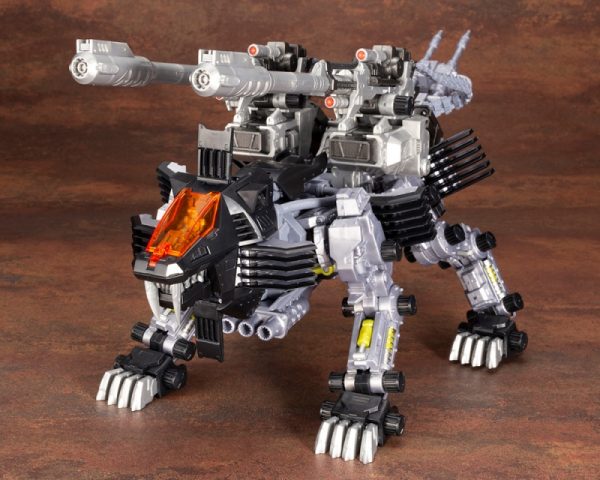 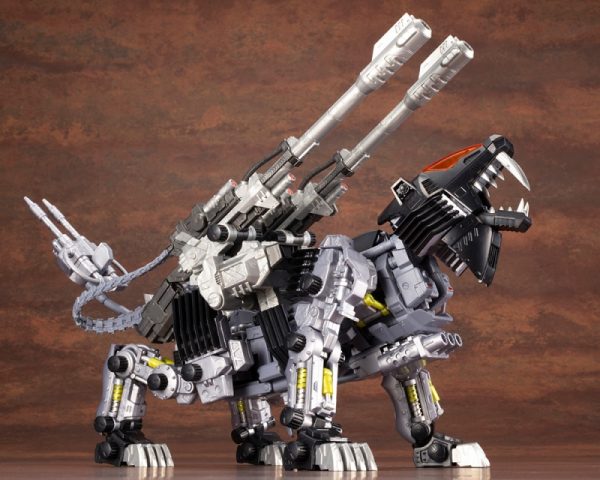 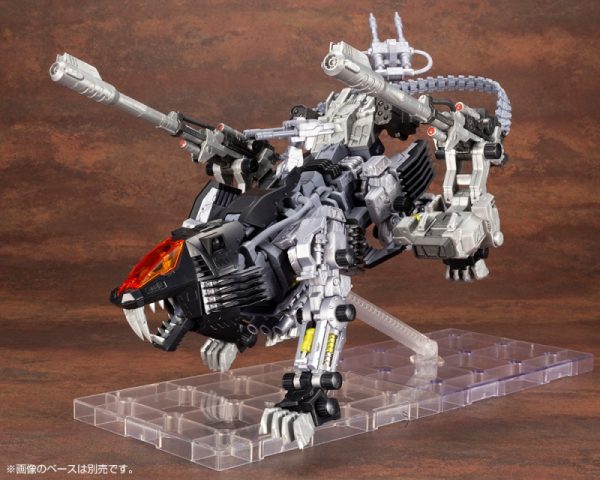 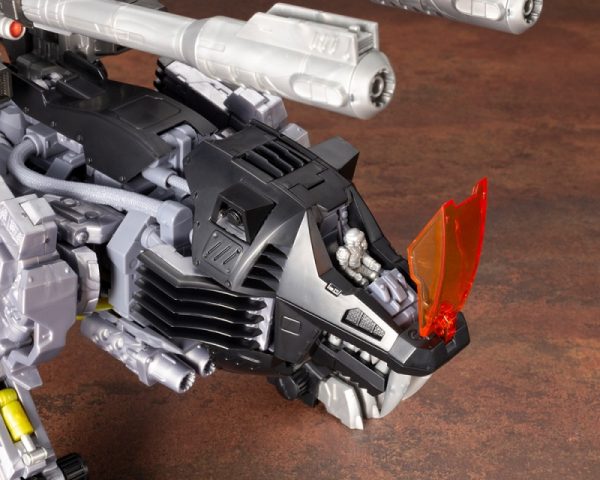 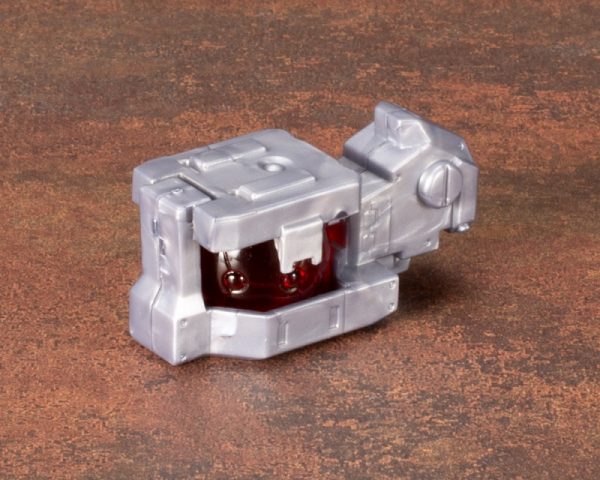 Renewed from the white seal liger Mk-II, most parts such as black exterior and frame are reproduced with new molding color.
In addition to moving the shield liger body, the twin beam cannon can be deployed as set and can also take the gun’s elevation angle.

Please add “Kurodama Lion”, a specialist of high-speed Zoids with the title of Leomaster, to your lineup!

[Gimmick]
-The head cockpit hatch opens and closes, and a general pilot figure can be attached and boarded.
-The zoid core built into the fuselage can be removed.
-The AMD2 twin 20mm beam gun on the back reproduces the storage and deployment by moving.
・ The beam cannon mounted on the side arm can be deployed as set, and the gun can be raised at the mount.
-There is a 3mm diameter hole in the part of the anti-Zoid triple impact gun, which supports the separately sold flying base. (We recommend using a flying base / neo.)
-Comes with decals containing various emblems and caution marks, and can be precisely finished by pasting as you like.

© TOMY ZOIDS is a trademark of TOMY Company, Ltd. And used under license.