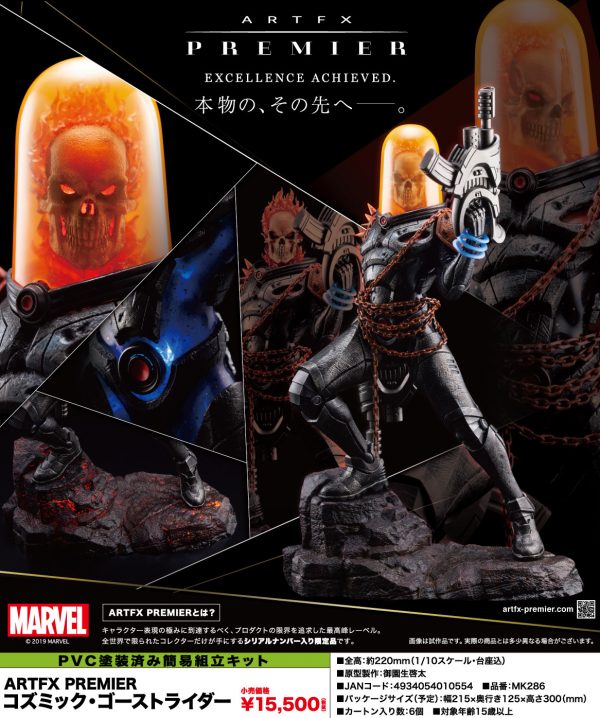 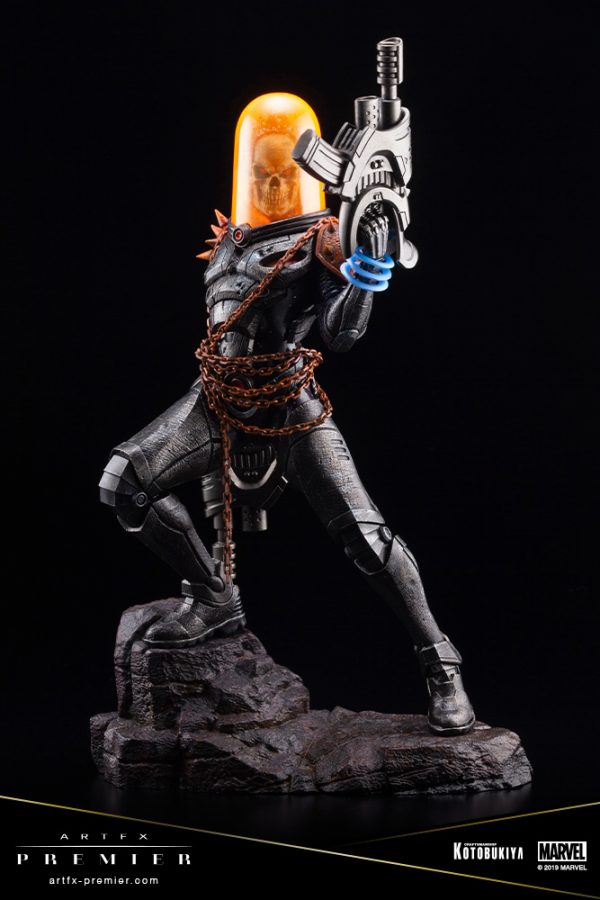 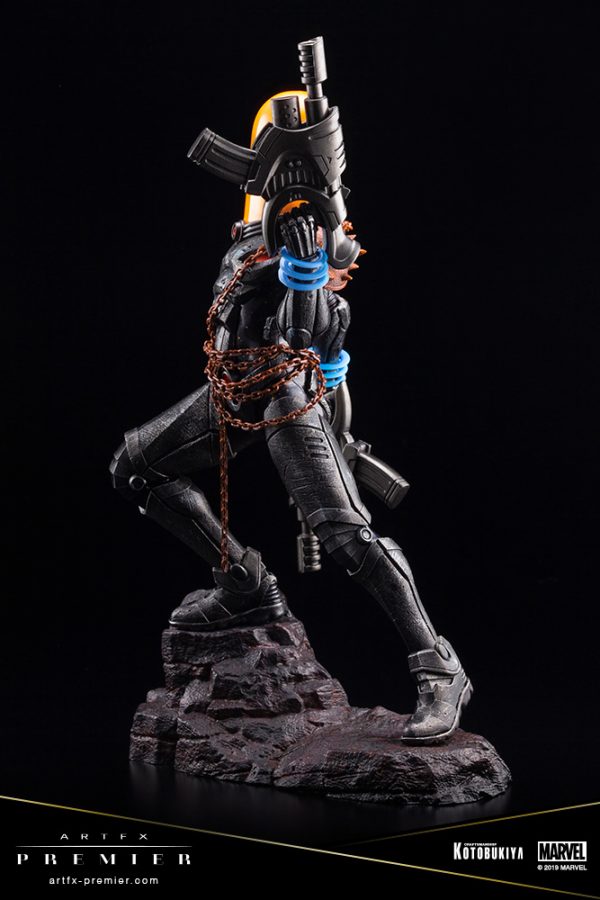 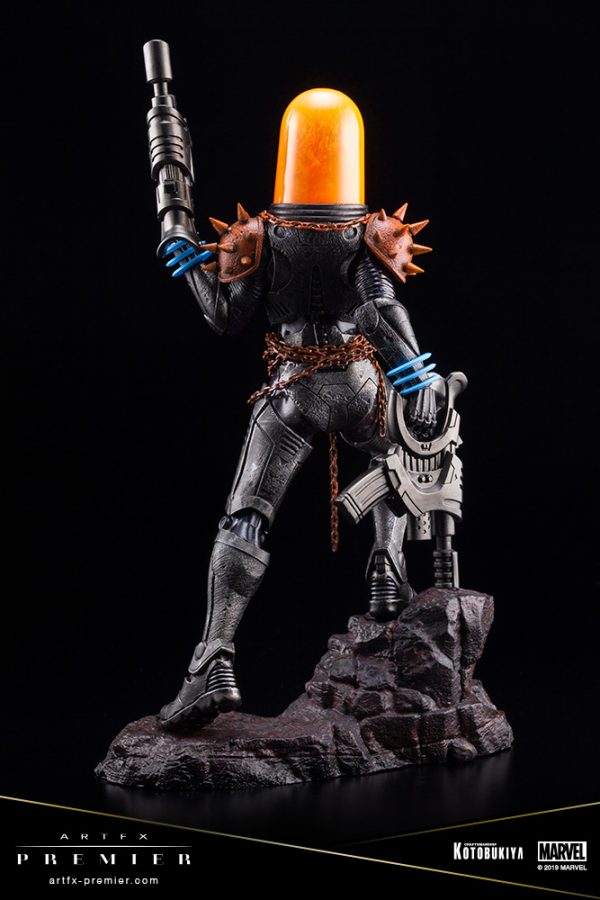 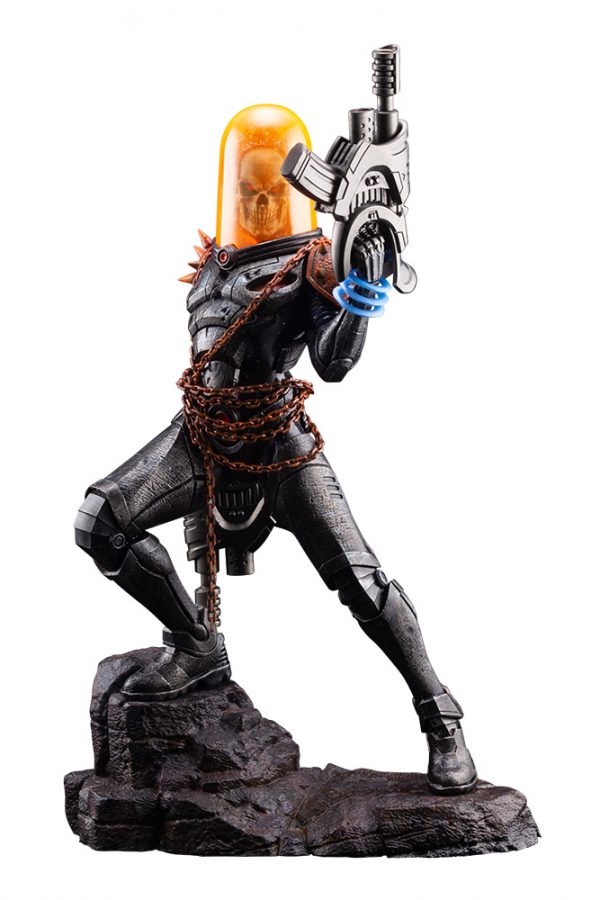 The 7th entry in the groundbreaking ARTFX Premier Series is Cosmic Ghost Rider!

The high quality statues of the ARTFX Premier series are meticulously designed to make your collection shine. Created using digital sculpting technology, the ARTFX Premier series pursues detail in order to challenge the limits of realism in 1/10 scale. The craftsmanship in this piece continues from the sculpting to the painting. Unlike other pieces which follow the pattern of a simple base coat with shading. ARTFX Premier re-evaluates the standards for figure painting. Each individual piece of the statue is layered with several types of paint, giving the finished product an unprecedented sense of beauty and depth.

The roaring flames that surround Cosmic Ghost Rider’s head and the cosmic glow emanating from the statue’s body are recreated using LEDs, allowing fans to enjoy the character in a completely new light from the comics. The flowing magma on the base is also outfitted with LEDs, giving the base an otherworldly appearance.

Cosmic Ghost Rider’s helmet and the chains on his body can also be removed, giving customers a variety of display options.

From the bottom of the base to the top of the head, this elaborate 1/10 scale statue is full of fiery and cosmic detail that will light up your collection.

The statue comes in sophisticated packaging overflowing with elegant details, including a marble inspired motif as well as an original illustration based on the figure. Additionally, these limited edition statues will come with a certificate with the collector number printed in gold, certifying each piece as a one-of-a-kind original.