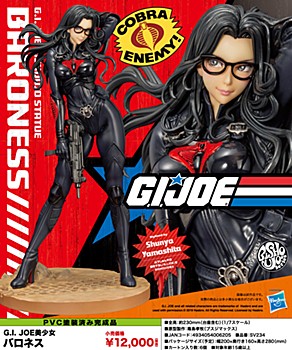 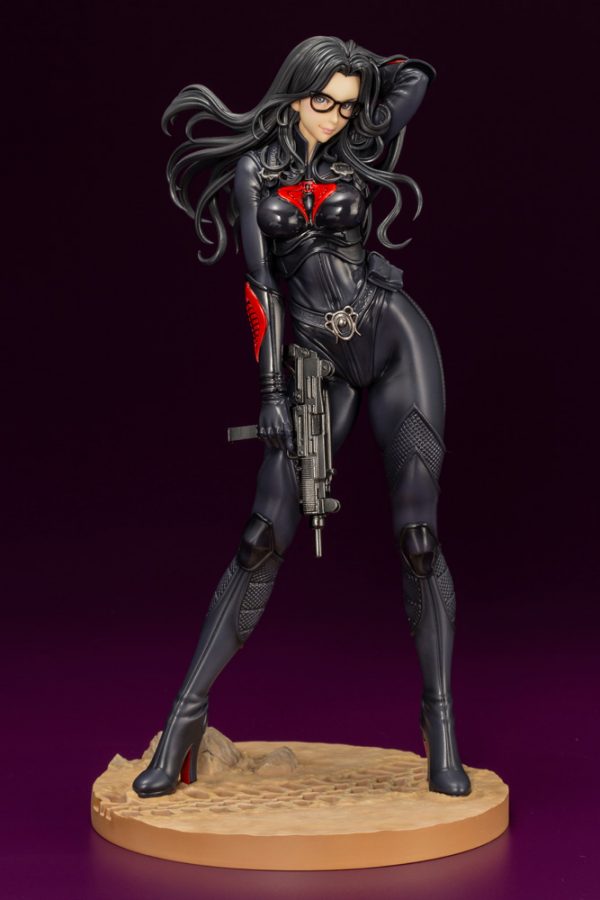 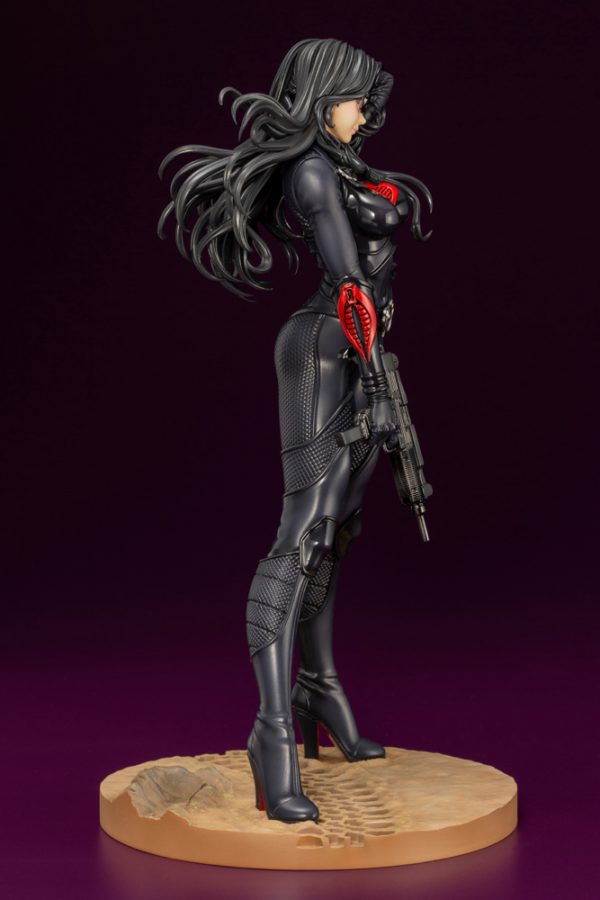 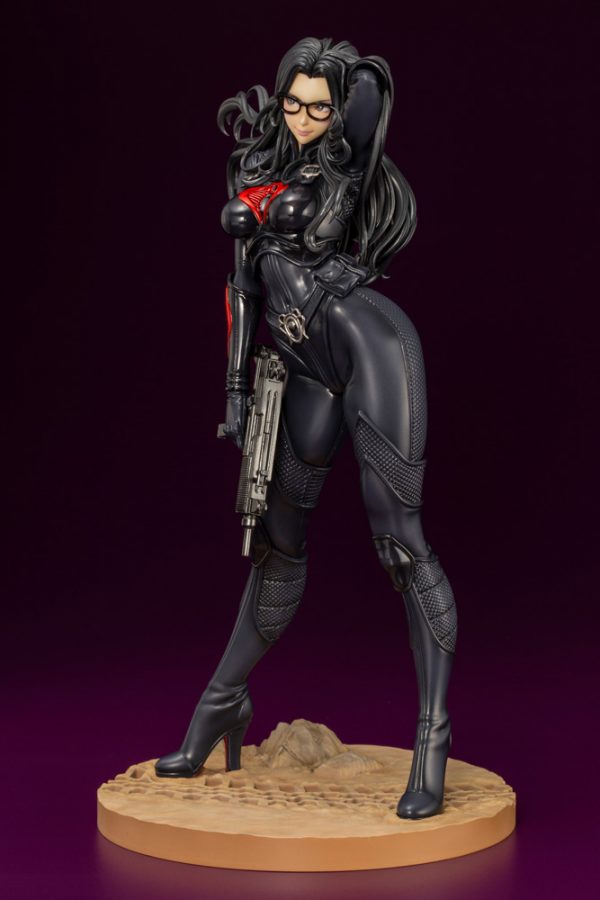 The world’s first series of action figures created by Hasbro, G.I. Joe follows a group of heroes in their fight against Cobra, an evil organization plotting to take over the world. In this new line of 1/7 scale statues, the colorful characters of G.I. JOE is reborn as Kotobukiya’s BIS­HOUJO!

Following up the popular “Scarlett” statue, the second character to join this exciting new line is the super-spy “Baroness” from the evil intelligence organization Cobra. The statue is based on a stylized rendering by BISHOUJO illustrator Shunya Yamashita!

Baroness is a fierce intelligence agent who is proficient with a variety of weapons and vehicles. The statue’s pose shows off Baroness’s long, flowing hair, as she stands poised and ready, outfitted with equipment from the weapon supplier Destro. The unique texture of Baroness’s bodysuit also differentiates her from the agents of the G.I. Joe team. The statue also includes Baroness’s sig­nature sub-machine gun.

Created through the power of technology, this high quality digitally sculpted statue leaves no detail untouched thanks to the expert hand of sculptor Takaboku Busujima (BUSUJIMAX).

Be the first to review “G.I. JOE Bishoujo 1/7 Baroness by Kotobukiya” Cancel reply