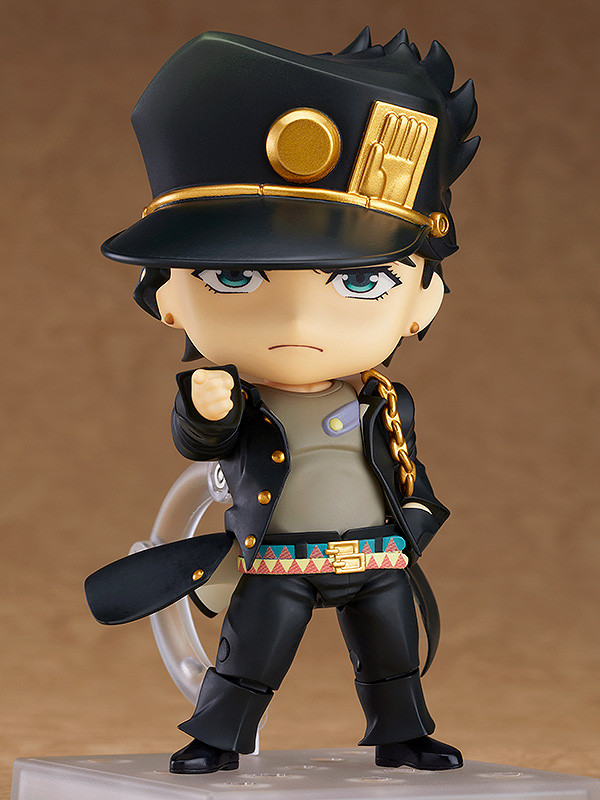 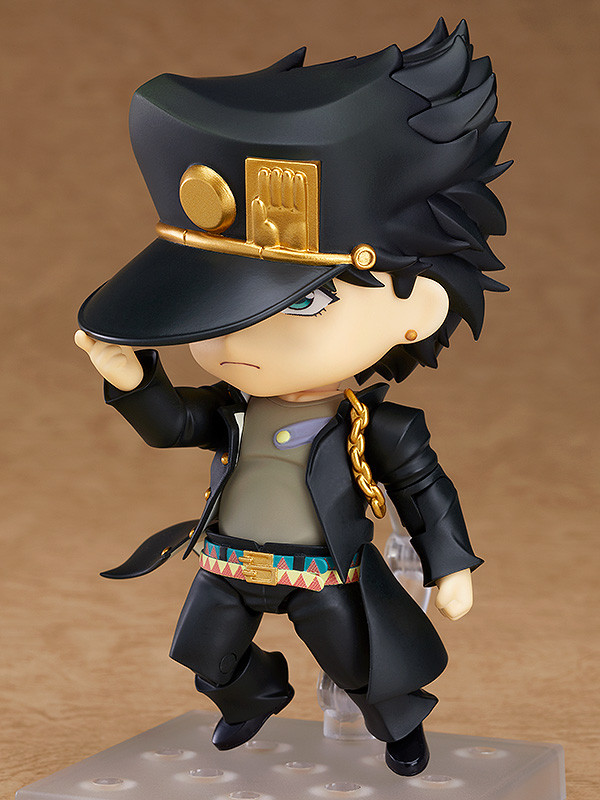 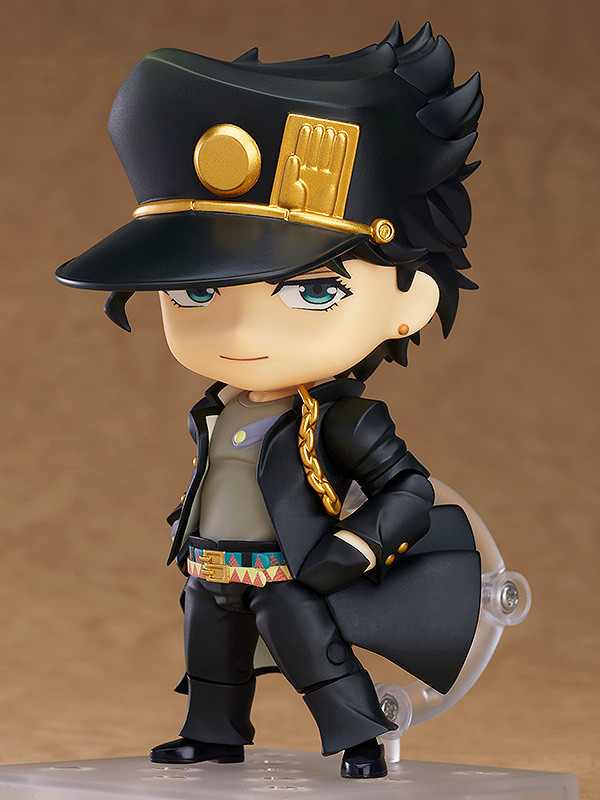 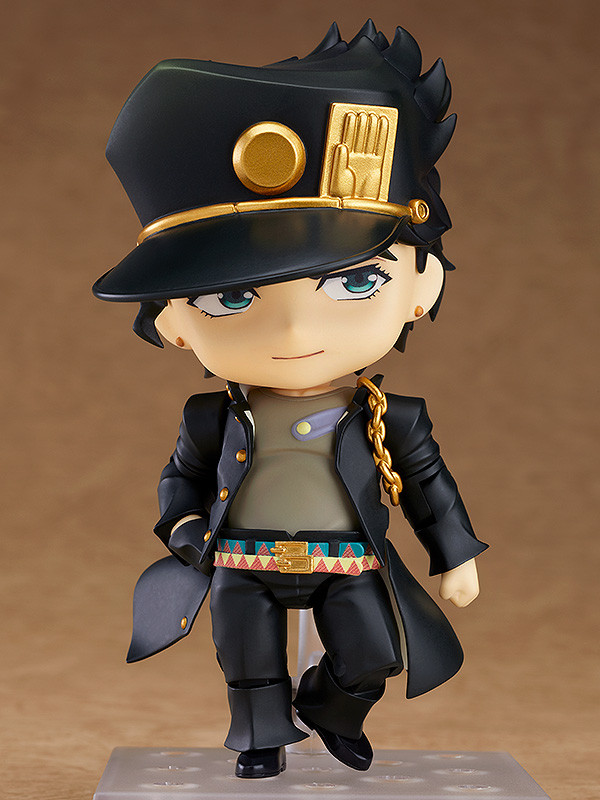 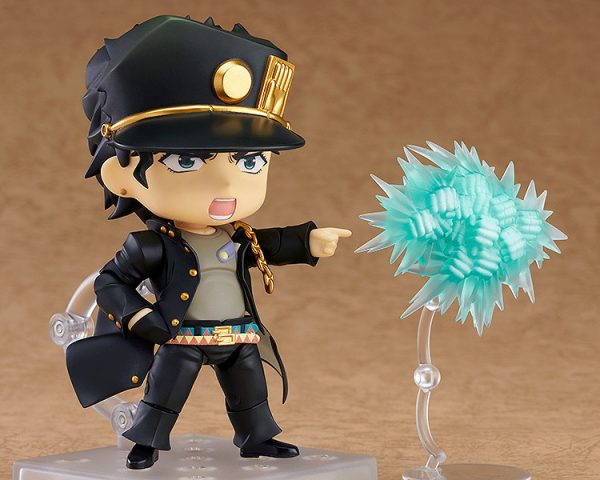 JoJo’s Bizarre Adventure: Stardust Crusaders comes a rerelease of the Nendoroid of the quiet and calm protagonist, Jotaro Kujo! The figure is fully articulated, so you can display him in a wide variety of poses. Face plates include his intrepid standard expression, his “Ora Ora” expression, as though he’s unleashing a flurry of attacks, as well as a dauntless smiling expression.

His included school uniform hat that appears to be a part of his hair comes in a standard version as well as a version with a lower hat brim. In addition, he comes with an effect part made in the image of his stand, “Star Platinum,” so you can enjoy recreating all kinds of battle scenes from the show!