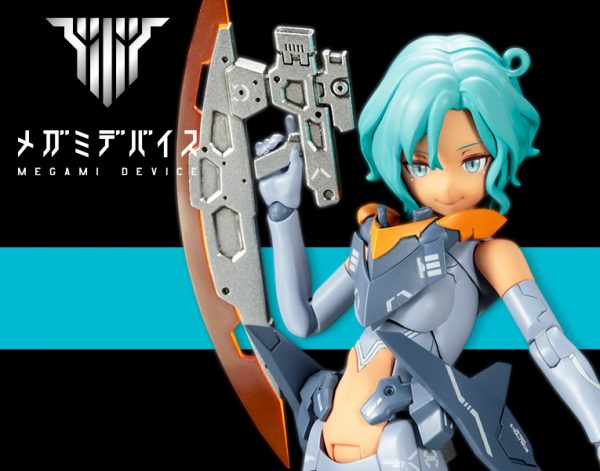 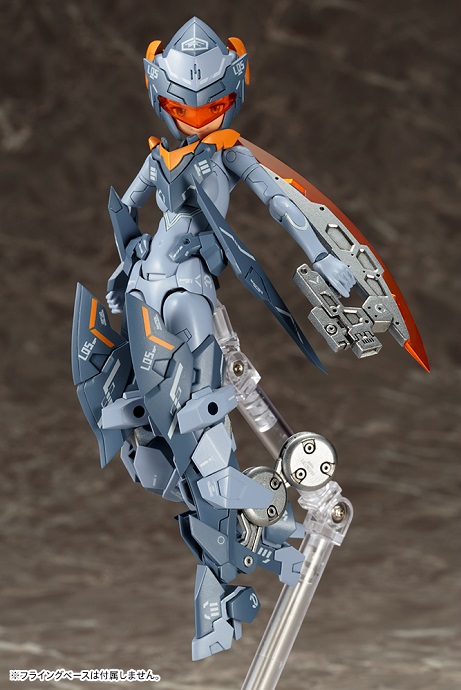 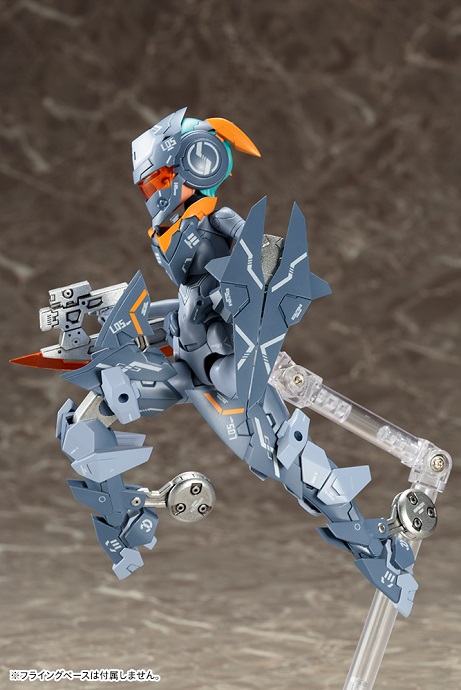 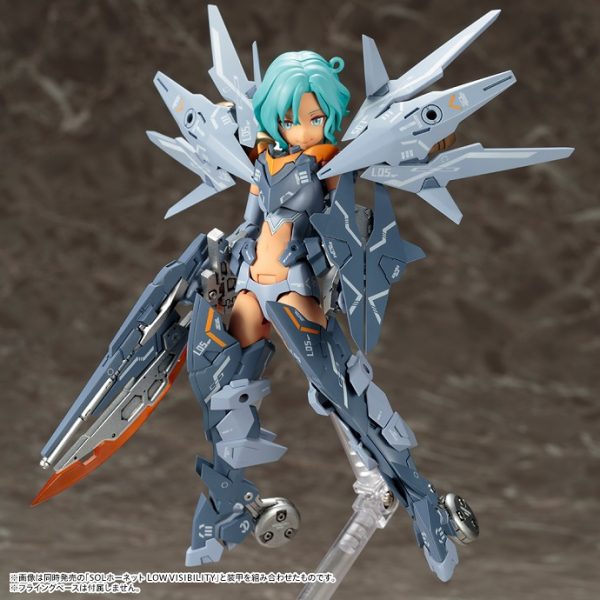 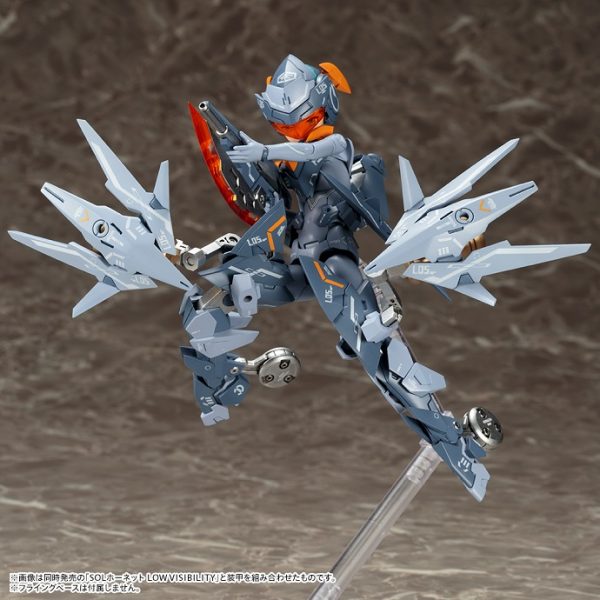 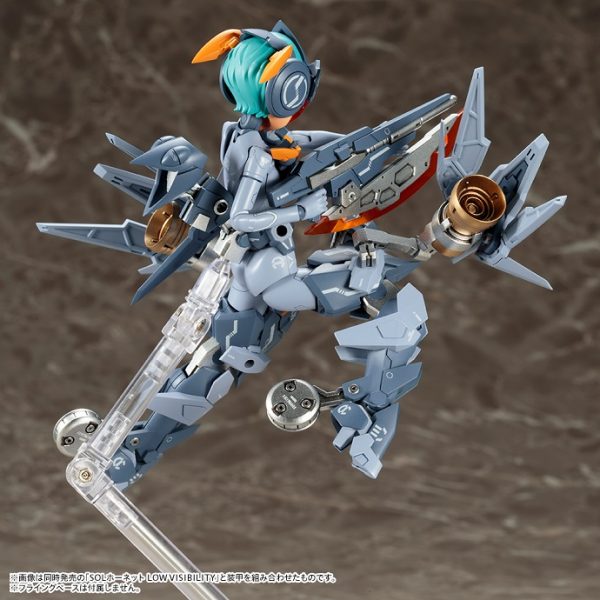 Model Specifications:
・This unit comes in a Low Visibility color variant.
・Set includes decals such as eyes and markings.
・3 different pre-painted face parts per character are included.
・Display in “Busou Mode” (Armed Mode) with mechanical armor or “Sotai Mode” (Unarmed Mode) without mechanical armors through the use of exchangeable parts.
・This armor can be combined with SOL Hornet to assemble into “Full Armor Mode”.
・The base body can be articulated, allowing for more natural posing options (such as when posing with weapons or when sitting down).
・Set includes various weapon/armor parts such as a helmet, Beam Sword, and Beam Gun in order to recreate various combat scenes.
・The back arms and wings that include a roll axis can be used for a large variety of customization and can be used as a movable frame.
・The item features 3mm connection points that are compatible with previously released items from Kotobukiya’s M.S.G series, Frame Arms, and Frame Arms Girl series.
・Set includes 5 types of PVC hand parts (a total of 10 hands). The hand parts are compatible with previously released M.S.G series, Frame Arms, Frame Arms Girl series items.